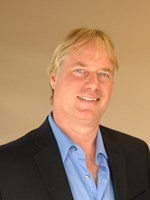 Re/Max Garden City Realty Inc. opened its doors for business in St. Catharines July 1, 1984.  Although Wayne Quirk had grown up in St. Catharines, he had left the area for university 20 years before.  Both he and Re/Max were new and unknown to the area.

Within 18 months, Re/Max Garden City had grown to 27 salespeople and had become the top producing office, not only in St. Catharines, but in the entire Niagara region.  A position we have maintained ever since.

Throughout the next 10 years, and in spite of the heavy recession of the 90’s, Re/Max Garden City Realty Inc. continued to grow.  By 1994, after ten years of operation, we had grown to over 60 salespeople and a market share of well over 30%.

Having reached a strong market dominance position in St. Catharines, it was time to expand outwards.

In 1997, Re/Max Garden City expanded into Grimsby, acquiring a very small existing Re/Max office of 3 people.  Since that time, the office has grown to nearly 20.  In 2004, the office was relocated to a very strategic location at the corner of Main and Christie Streets.

Also, in 1997, Re/Max Garden City Realty opened a new office in Fonthill, located on the busy Hwy 20 near the main downtown intersection.

Behind the scenes is an outstanding infrastructure of approximately 40 full and part time professional support personnel.

Our offices are strategically located across the Niagara Peninsula.

Each of our offices are available to any of our salespeople to use anytime. Drop in, meet clients, access the MLS® system, have an offer typed or just network over a cup of coffee.

We are members of the following boards:

Effectively, we access the MLS® system and cover the market of the Golden Horseshoe from greater Toronto right to the U.S. Border.

Trademarks owned or controlled by The Canadian Real Estate Association. Used under license.